Sportiness flows in Acton's blood. Football, volleyball, powerlifting - he has tried them all. But more does not always add up as more.

What if there is a limit to your fitness capacity, and instead, such competitive sports take a toll on your health, physique or even social life? Find out how Acton copes with physical plateaux, and apply his strategy in finding his own way out.

Without further ado, let’s hear it from Acton! Hop onto his journey of optimising health. From football, to volleyball, to power-lifting.

To describe Acton as an inexhaustible ball of energy is not an exaggeration. Stepping into the photoshoot studio at 8am sharp, Acton lit up the room with his morning greetings, glowing presence and contagious positivity. You could tell he already had his workout done by then, starting off the morning right.

That is how much energy Acton has in him, and certainly he has to channel it somewhere.

“I love sports. Back when I was at school, I couldn’t sit down when it’s almost gym class,” recalls the fitness coach. Growing up, Acton experimented with various sports. From English football, to American football, to volleyball - you name it, Acton had tried it. Yet eventually, he had to put a halt to all of them, because behind all those constant switches was a grim but undeniable truth. To Acton’s disappointment, it was his physical limit that held him back from delving further into practices or professional trainings for the sports he had played. Like economics and finances, plateaux could also occur in our body, given our physical capacities, strength and weaknesses, and genetic makeup.

Frustrating as it seemed, it did not pronounce the end of Acton’s journey as a sportsman. Though Acton struggled to find “the one sport” that he excels in, hitting physical ceilings in these sports only led him closer to something that works for him.

“Instead of being ‘not good enough to compete with others’, I decided to channel my competitiveness into ‘an objective sport’, like power-lifting. It is equally challenging, and it’s all a matter of being able to lift the weight or not.”

Acton’s choices were later on confirmed by his DNA test results, too. His “high power, high strength, low endurance” physique combination explains his love for strength sports and the reason why high-intensity sports are not for him.

But there was more to be revealed from the DNA test.

Acton loves sports, but do sports love his body back?

Upon completing his DNA test, Acton found a few “surprises” in the disease section. From the consultation session with CircleDNA’s genetic counsellor, Acton learnt that he is at increased risk for both Anterior Cruciate Ligament (ACL) ruptures and achilles tendon tears. In response to such risks that haunt every sportsman, Acton decided at the spot, “I better start stretching more before I start my workouts”.

Another important discovery Acton made through his DNA reports was that he is prone to various cardiovascular disorders, which could result in irregular heartbeat, or even sudden death. A huge shocker to the fitness trainer, he jokingly added he “wanted to dial ‘99’" on his phone and "wait to hit the third ‘9’”. But on second thought, the results also resonated with the occasional uncomfortable sensation in his chest area.

Uncovering all those risks did not stop Acton from loving or playing sports. Instead, he became far more aware of what he should and shouldn’t do during his trainings. “I know my body. I wouldn’t push myself to a point of exhaustion.”

Taking away the key pointers from the DNA test, Acton now takes even better care of his body: by doing not too much, not less, but just right for his body - be it not choosing sports that are not for him, not pushing himself to lift more weights than his body feels like, or foregoing socialising when his body needs rest.

And the coach does not just stay true to his body for himself. “Health is not only about ourselves - it’s about being responsible to the people around us and the people that we love. For me, I have my clients, my family, and my friends on my mind.”

With his all-rounded, DNA testing-backed stategy to optimise his well-being, Acton has begun to lay his solid foundation of health that will allow him to stay active, stay fit and age gracefully down the road. 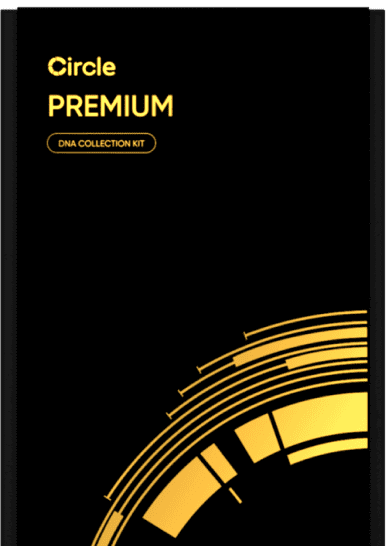 Trying to understand yourself? Look no further - just look within. Get hold of your own DNA insights: the in-depth discovery of what your body emcompasses. Find out what works best for your body and optimise your health - your body will thank you later.